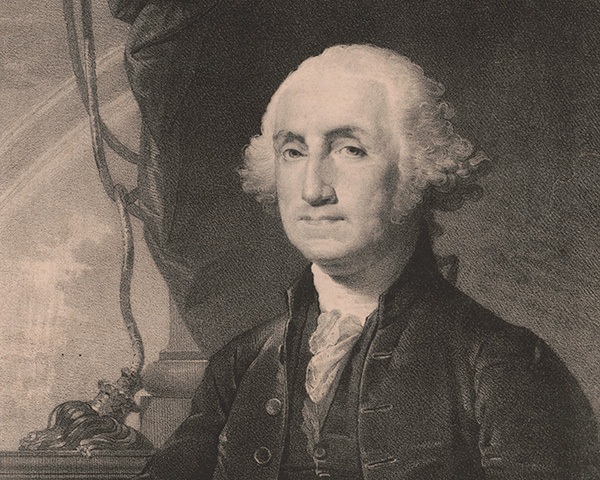 US Presidents With Hearing Loss

On the third Monday in February, we celebrate Presidents Day. The holiday was originally established in 1885 to celebrate the life of George Washington, the first president of the United States of America, and was later expanded to encompass all U.S. presidents.

While we know much about their leadership and legacies, we want to highlight the presidents who were open about their hearing loss while in office and those who experienced hearing loss later in life.

Our list features some of the most recognizable figures in American history, and we hope it inspires those living with hearing loss today. One name you won’t see on our list is President Joe Biden. At 78-years-old, Biden is the oldest person ever elected president but he does not have hearing loss according to his most recent medical report.

Let’s start at the beginning, shall we? As you know, George Washington was one of the Founding Fathers of the United States. You probably grew up believing he had wooden teeth, but that is a myth. Washington did however have several health issues throughout his life, including hearing loss. In 1790, seven years before his death, it was reported that Washington had influenza and pneumonia, which led to him nearly losing his hearing.

As a Hollywood actor, Ronald Reagan was famous before he served as Governor of California and eventually President of the United States. At the age of 72, when he was two years into his presidency, Regan began to wear hearing aids. He had noticed he was having difficulty hearing high-pitched sounds as reported by the New York Times. According to the doctor who prescribed the hearing aids, Reagan’s hearing loss primarily affected his right ear and the issue dated back to the 1930s when he was acting in a movie and a pistol was fired close to his right ear.

The two-term president from Arkansas was known for his love of music and ability to play the saxophone. Who can forget that performance of “Heartbreak Hotel” on the Arsenio Hall Show? Unfortunately, all those hours spent practicing in a noisy environment caught up with him, and in 1997 at the age of 51, Clinton was diagnosed with high-frequency hearing deficiency. He was fitted with in-canal hearing aids that were barely visible according to the Los Angeles Times. At the time, many people thought that Clinton’s public embrace of hearing aids would help others accept the devices and get rid of the stigma around wearing them.

Shortly after President Herbert Hoover was elected in 1929, the stock market crashed, and the Great Depression began. In these conditions, it’s not surprising that the Iowa native only lasted one term. On Hoover’s 90th birthday in 1964, the New York Times reported that the 31st president was forced to use a hearing aid due to hearing loss brought on by numerous flights in unpressurized airplanes. Coincidentally, Hoover’s son, Herbert Hoover, Jr., also experienced hearing loss after a bout with influenza in 1918 and used his interest in science and technology to build his own hearing aid.

The Declaration of Independence is arguably the most important document in American history, and its primary author, Thomas Jefferson, also served as the third president of the United States of America from 1801 to 1809. A decade after leaving office though, a letter Jefferson wrote to physician Vine Utley revealed that the Virginian likely had hearing loss: “My hearing is distinct in particular conversation, but confused when several voices cross each other, which unfits me for the society of the table.”

Following William McKinley’s assassination in 1901, his vice president took office and became the youngest president ever at the age of 42. Theodore Roosevelt was a charismatic leader who was passionate about conservation. During his presidency, “Teddy” helped create many initiatives we still enjoy today, such as the establishment of the United States Forest Service and the creation of five national parks. In 1918, Roosevelt’s health began to decline, and he underwent a procedure to remove abscesses from his thigh and ears. According to the National Park Service, the surgery led to Roosevelt losing hearing in his left ear.

The first member of the Bush family to serve as president also wore hearing aids after leaving office. During his two terms as president, George H.W. Bush was perhaps the most influential in helping those with hearing loss live a better life by signing the Americans with Disabilities Act of 1990 (ADA) into law, which required equal access for people with disabilities, including deafness. In 2008, the law was expanded by his son, George W. Bush, to those with hearing loss.

Thanks to the ADA, CaptionCall service is available at no cost to anyone with hearing loss that necessitates the use of captioned telephone service. To see if you qualify, visit CaptionCall.com or call 1-877-865-9228.