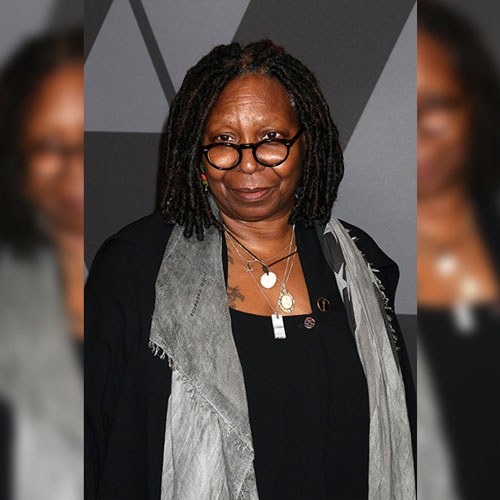 Hearing loss can happen to anyone, and celebrities are no exception. According to a research study by Johns Hopkins University, 30 million Americans, or 12.7 percent of the population, have some degree of hearing loss in both ears. With the acknowledgement of the wide-spread reach of hearing loss, many celebrities have started talking about their hearing loss. Here are a few of their stories.

Whoopi Goldberg: An Oscar-winning actress, Whoopi has attributed her hearing loss to “years and years of listening to loud music so loudly and so close to the delicate ear drum.” She has become an advocate of teaching others about hearing loss and how to avoid it, particularly with the Starkey Hearing Foundation teaching young kids to lower the amplitude of their speakers and limit headphone usage. She won’t mince words when she talks about the difficulties that losing hearing can cause.

Huey Lewis: Head singer of Huey Lewis and the News, Lewis has said that doctor’s attribute his hearing loss to Ménière's disease (an inner ear disorder that can cause vertigo, tinnitus, and hearing problems) which led his band to cancel all their 2018 and 2019 tour dates. He has said that “The lower frequencies distort violently, making it impossible to find pitch.” Lewis said in an interview with Whitefish Review, that his diagnosis was “incredibly depressing” and that “[he] spent two months in bed, really, fasting and trying all kinds of protocols, including steroids." He did find ways to cope with his hearing loss, saying, “you can get used to almost anything… and there’s lots of people that are worse off than I am… I’m still, overall, a lucky guy.”

Lou Ferrigno: Most well-known for his role as the Incredible Hulk on TV, Ferrigno lost 75 percent of his hearing at three years old due to an ear infection. His parents wondered if his hearing loss would impede his ability to lead a normal life. They kept him in public schools despite his lifelong battle to compensate for his hearing loss. He was determined to not let it hold him back and noted that his hearing loss helped create a determination within himself to be all that he could be and gave him a certain strength of character as well.

Bill Clinton: Clinton was diagnosed with high-frequency hearing deficiency, which is the most common type of hearing loss. Like most people, he put off getting his hearing treated and lacked discipline in protecting his ears. As President of the United States, he was constantly surrounded by loud noises including political rallies, military aircrafts, his saxophone, and much more. He was first fitted with his hearing aid during second term as president in 1997.

Rob Lowe: Rob is totally deaf in his right ear due to undiagnosed mumps when he was just a baby. He said, “I live in a mono world. I wish I could [hear in] stereo. But other than that, I don’t think about my hearing loss.’’ He does often joke about not hearing people when he doesn’t want to listen to them, especially when arguing with his wife. Despite any difficulties the hearing loss may have caused, he said in an interview with Dr. Oz that he wouldn’t change any of it.

Pete Townshend: As the guitarist for The Who, Pete is no stranger to loud noises. However, he does not attribute his hearing loss to the many years of rock and roll, but rather years of listening to music through sub-par studio headphones. He has now become an advocate for hearing safety to younger generations. Townshend has said that he must take a break of at least 36 hours after a studio session to let his hearing recover slowing down his creative process and ability to produce music. He has also stated that his inability to hear high-frequency noises has stunted his ability to create new music without restrictions.

Robert Redford: The two-time Oscar-winning actor and founder of the Sundance Film Festival insisted on doing his own stunts in his 2013 movie All Is Lost. He was submerged in water nearly every day and sprayed with a high-pressure water hose which resulted in a severe ear infection that left him with only 40 percent hearing in his left ear. Redford has had some decent results with hearing aids since the incident, but he says it has left him shaken.

Millie Bobby Brown: Best known for her role in “Stranger Things”, Millie is deaf in one ear. She was born with partial hearing loss, but then years of getting tubes, her hearing faded away completely. She is courageous for being so young and willing to admit she has hearing loss, which has led her to become an advocate for younger people letting them know that it is okay to talk about hearing loss to reduce the stigma that comes with it.

Other celebrities who have come forward about their hearing loss include Holly Hunter, Halle Berry, Stephen Colbert, Jane Lynch, Jodie Foster, Eric Clapton, and many more. Know that you are not alone when it comes to hearing loss. Though they are celebrities, they are regular people just the same.

If you do struggle to hear, especially when speaking on the phone, CaptionCall is your solution if you are eligible. With captioned phone services, those who qualify will be able to read and hear what a caller is saying, which boosts their confidence and independence on the phone. CaptionCall also has the only phone certified for all levels of hearing loss. Learn more at https://captioncall.com/captioncall-phone