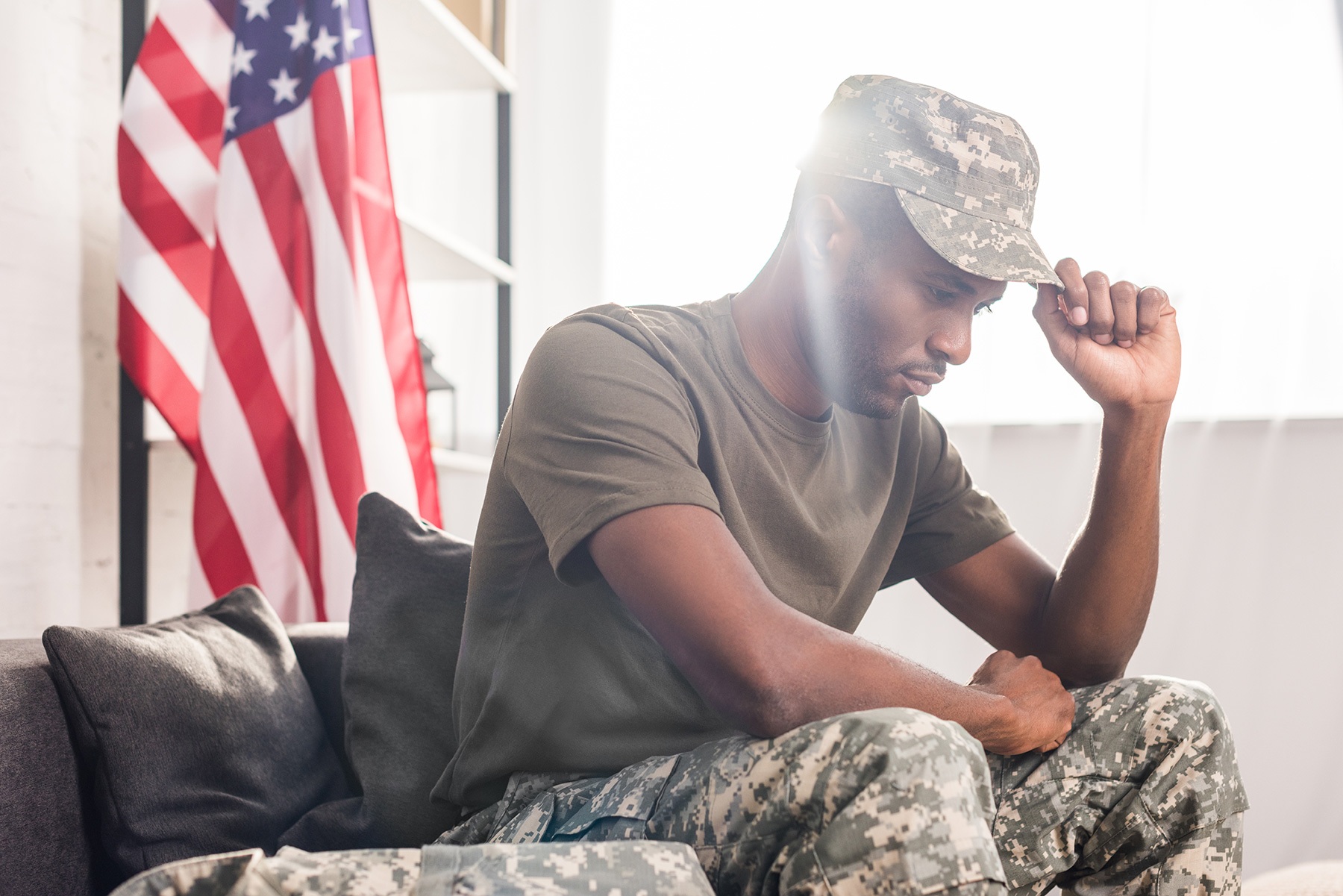 If you were to guess the top disabilities suffered by the brave men and women of the United States Armed Forces, you might say post-traumatic stress disorder (PTSD) or serious muscle injury. While those are good guesses, they’re not at the top of the list.

While the effects of hearing loss are relatively simple to understand, tinnitus is a disability that many are unfamiliar with even if they may be experiencing it themselves.

According to the Mayo Clinic, Tinnitus is the “perception of noise or ringing in the ears” and affects approximately 15 to 20 percent of people. The “phantom noise” can vary in pitch and affect one ear or both even when there’s no external noise occurring. The ringing, buzzing, humming, etc. can fade in and out, or be present all the time, causing a lot of frustration and unfortunately, there's no cure.

For vets, tinnitus can be brought about by a loud explosion or other concussive event and becomes a constant reminder of a traumatic event they experienced while on duty. Civilians can experience tinnitus from exposure to loud noises as well. Other common causes include old-age, earwax blockage, and hereditary ear bone changes.

CaptionCall is committed to making it easier for members of the military who experience hearing loss to stay connected. Our no-cost captioned telephone service is available to all veterans that have hearing loss that necessitates the use of captions to use the phone effectively. It may seem counter-intuitive, but one way vets alleviate tinnitus suffering is to connect on the phone, as an interesting conversation can take their mind off the ringing caused by tinnitus.

If you are eligible to sign up for CaptionCall service, you’ll receive our red-carpet delivery and installation. A CaptionCall representative will deliver your phone and install it in your home at no charge. You’ll receive training on how to use the various features, which includes the ability to save conversations and answer any questions you may have. If you have any questions about CaptionCall after your installation, our Customer Support Team is ready to help at no additional cost.

For when you’re on the go, CaptionCall Mobile is here to keep you connected. Download today from the Apple App Store (Coming soon to Android) and never miss an important phone call again.

CaptionCall’s commitment to veterans extends beyond telecommunications, as we are proud to sponsor Military Makeover with Montel airing on Lifetime Network. The show is hosted by Montel Williams, who is not only a talk show legend, but also a veteran of both the Marine Corps and Navy, and he works with a team of designers, contractors, and landscapers to provide a home makeover for a deserving veteran and their family.

The most recent season focused on the Marquez family. Marcelino Marquez served for 27 years on active duty and in the Reserves. He was also assigned to Mortuary Affairs for five years where he worked on the search, recovery, identification, preparation, and burial of American and American-allied personnel killed in action. Studies have shown that this difficult assignment has led to personnel having some of the highest rates of PTSD.

Marcelino lives with his wife and three children outside of Atlanta, Georgia, and you can follow their Military Makeover journey below: