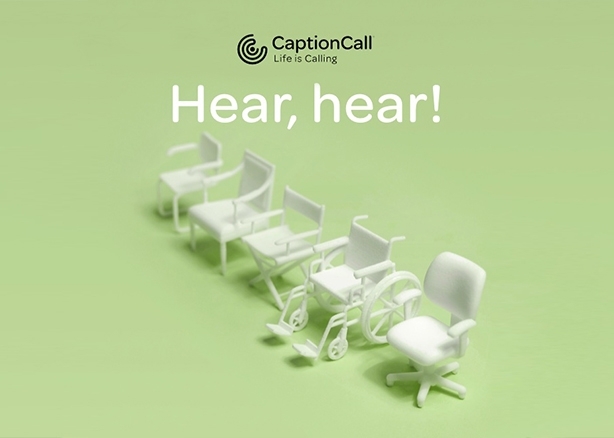 Did you know that for eligible people with hearing loss, access to a captioning phone is provided at no cost under the Americans with Disabilities Act (ADA)? At one time there was a push to charge a cost for captioning phones. But CaptionCall decided to argue, in court, that phones should stay no cost.

The History of Captioning Phones and the ADA

The ADA, which turns 30 this month, was signed into law on July 26, 1990, by President George H.W. Bush. One focus of the ADA was to provide equal access for people with disabilities –including deafness, but not hearing loss. Then, in 2008, the ADA Amendments Act (ADAAA) further expanded the definition of “disability” [disability is word that we don’t like to use today, but in this case it has a legal purpose]. It added specific examples of the major life activities impacted, which included hearing loss in certain situations.

The ADAAA started a movement to put in place reasonable accommodations for people that needed it. One accommodation was for access to Internet Protocol Captioned Telecommunications Service (IP CTS) technology. IP CTS technology includes a captioning telephone with a large screen display that provides captions to a conversation, in real time, transmitted over the Internet. These captions can be adjusted to be user friendly. For example, the text size can be increased to make it easier to read.

IP CTS technology was available to people not only at work, a large focus of ADA opportunities, but at home too. That way people with eligible hearing loss could access key telecom services, such as 911 in times of crisis.

IP CTS technology can be provided at no cost because it is funded through the Federal Communications Commission (FCC) Telecommunications Relay Service (TRS) Fund. Established as part of the Communications Act of 1934, the TRS Fund helps to make sure that people who have hearing or speech disabilities can use telephone transmission services. Telecoms and other providers fund the TRS with a portion of their revenue each year.

Unfortunately, the cost of IP CTS phones still prevented some eligible people with hearing loss from being able to get a phone. In some cases, the cost of a captioning telephone was upwards of three hundred dollars. Not CaptionCall phones. Since its founding in 2011, CaptionCall has provided its captioning telephones at no cost for people whose hearing loss necessitated the use of a captioning phone.

Sadly, in October 2013, the FCC issued regulations requiring CaptionCall to follow the pattern established by other providers and charge a minimum of $75 for a phone. CaptionCall, however, filed for a stay of (a stop to) the motion in the DC Circuit Court of Appeals, arguing that the new FCC regulations violated the rights of people with hearing loss as granted by the ADA. The Court agreed, and the stay was granted.

The State of Things Today

For Professionals interested in learning more about the phone for their patients, visit www.captioncall.com/professionals.

For individuals interested in learning more about CaptionCall, visit www.captioncall.com.